We all want a happy ending, but sometimes life has other ideas.

I met my husband when he was 26 years old. When we met, he was an actor/dancer who truly lived in the moment. He didn’t have any money but that was part of his charm. I was entranced by his joie de vivre. As so many of us when we’re in love, we ignore the boring, practical side of life and we seized the moment. 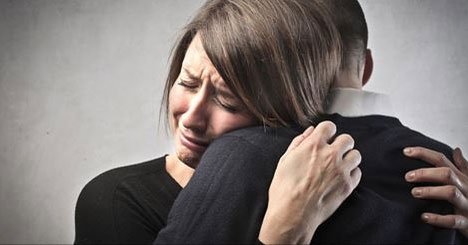 Luckily, I had been brought up to believe you always covered your bases. Those years of childhood lessons nagged at me. I suggested that we both get life insurance. I went ahead but he let the forms sit on the table for months. I know he was thinking that I was being paranoid about money. After all, he was young and what could possibly happen to him. He had been a world class, competitive rowing champ. That made him healthy, strong and invincible.

But cancer doesn’t discriminate. Cancer takes whomever it can get. And it got my husband at 26. In the five minutes it took to get the diagnosis, my husband just became ineligible for life insurance. If only he had filled out those forms when I asked him to.

We reapplied every single year only to hear that the insurance company felt he was too high risk. Finally, nine years later, one company said yes. What a relief. Having a financial safety net was so important to me. I was about how to find how important.

In what seems to have been a cruel twist of fate, nine months after we received life insurance coverage on Tim’s life, his cancer came back. We were stunned. He had been cancer-free for 10 years. How could this be possible? But cancer plays by its own rules and in this case, the truth hit hard. Life had just dealt us a very cruel blow.

Within a year, my husband was dead. Thirty-seven years old, father of a two-and-a-half year old. My world shattered.

What made all the difference to me was that life insurance policy. When I received my cheque, I cried with relief. That money was my lifeline and I don’t want to think about what would have happened without it. It’s a frightening thought.

The lesson of the story is an obvious one but it’s one so many choose not to hear about. Don’t we all wish that our lives would be a series of happy events and happy endings. And most times it is. But what happens when the unexpected drops into your life. Are you ready for it? When I tell my story to women, I remind them that my reality will be their reality one day. The demographics say so.

We have this amazing ability to tell ourselves stories that we want to hear and stories that always have happy endings. But for all of us, sooner or later, there isn’t a happy ending. And when that time comes, the happiest ending you can hope for is one which won’t devastate you financially.

It is shocking to learn that over two thirds of Britons have no life insurance, including 50% who have a mortgage and 40% who have children under the age of 18. This adds incredible burden on families at a particularly vulnerable time in life.

Life insurance is as vital to your life as food and shelter. As parents, you owe your children safety and security. Life insurance gives them that. And as parents, when the worst happens, and tragedy has devastated our children’s lives, you owe it to them to ensure you don’t rip away everything else that matters to them, like their home, their familiar life and parent who is not living in fear of financial survival.

Do yourself and your children a favour. Buy that policy. I can’t imagine what my life would have been life if I didn’t have that. That is something I definitely don’t want to think about.

No Life Insurance? Here’s How You Can Protect Your Loved Ones If The Worst Were To Happen

Step 1: Check your eligibility below. Cover starts from just £10 a month. It’s cheaper than you think.
Step 2: Complete the form to get your free quote and save up to 45%. We compare all the major UK insurers, saving you time, money and hassle.
Step 3: If you’re happy, buy the policy and get peace of mind today. There is no obligation.

Congratulations – You Qualify For Quotes

LifeInsuranceCover Services compares all the major UK insurers out there to get you an affordable and personalised quote. Cover starts from just £10 a month.

* Original article appeared in the Huffington Post (Canada) on the 16th of February 2013 written by Deborah Nixon and based on a true story. Slighty amended for UK audience.
* 2 out of 3 Britons have no life insurance. Based on a study done by TopCashBack in 2014 and Moneywise in 2013. “Mortgage” and “parents” statistics based on a studies done by Sainsbury’s Bank. 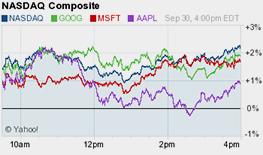